Ultra Cold Neutron sources are based on solid deuterium (sD2) at temperatures around 5 K. Under pulsed neutron production, an appreciable decrease in neutron intensities has observed, which affects their efficiency for fundamental interaction physics experiments. Two of the leading UCN sources at PSI and LANL joined forces with the NC State University nuclear physics group to understand this UCN intensity decrease. The study shows that the decrease can be completely explained by the build-up of frost on the sD2 surface during operation. Pulsed proton beams hitting the spallation targets generate heat pulses causing cycles of D2 sublimation and subsequent resublimation on the sD2 surface. Even very small frost flakes can act as total reflectors for UCN and cause an intensity decrease.

This paper was selected as a European Physics Journal Highlight! The press release can be found here. 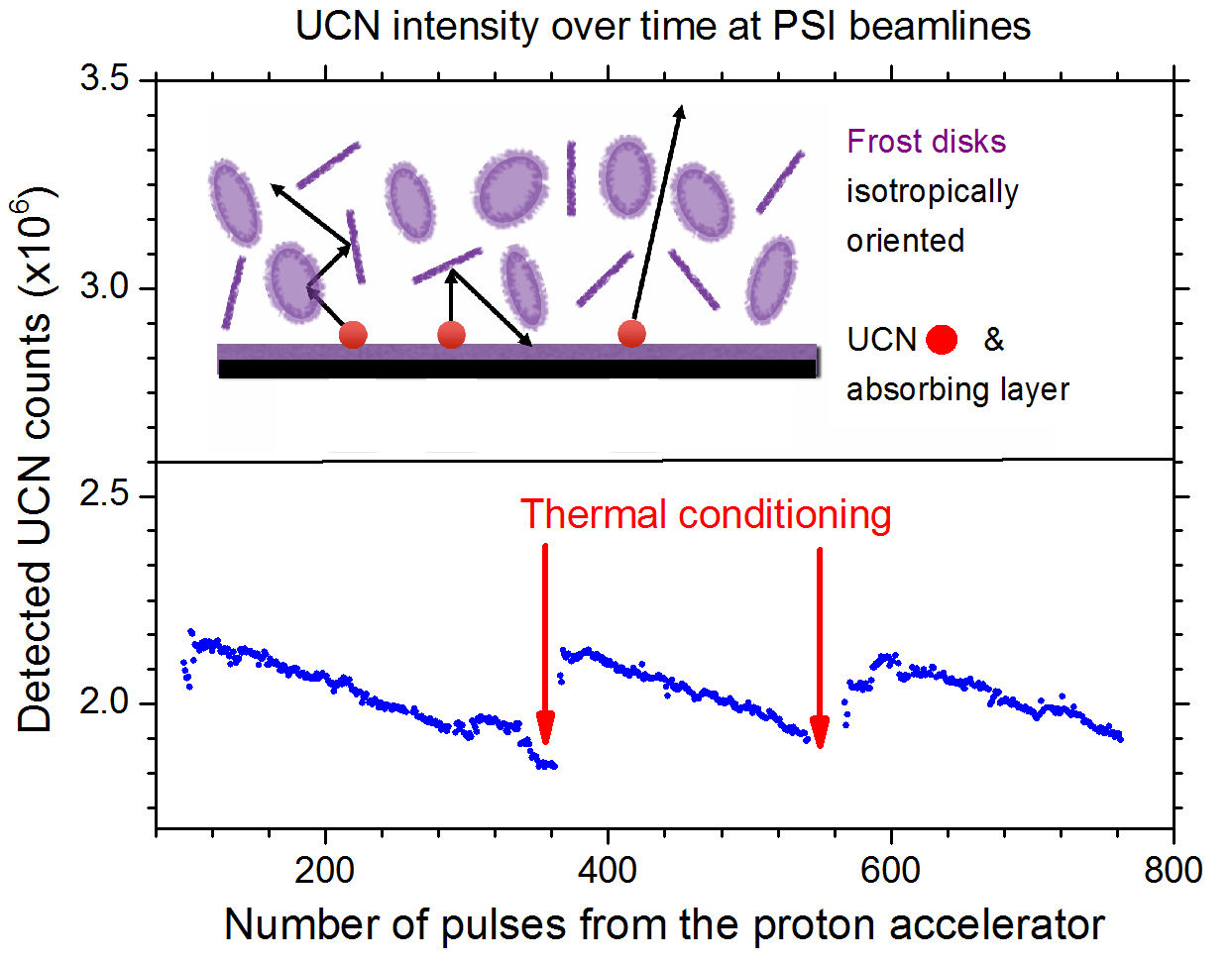