P. R. Huffman, R. Golub, K. Leung, D. G. Haase, A. R. Young, C. White, A. Lipman, H. Stephens, R. Dipert, A. Reid, E. Korobkina, I. Berkutov, and collaborators in the nEDM Collaboration.
Our group plays a major role in an experimental program to develop a new technique to search for the neutron electric dipole moment (EDM). This technique offers an improvement in sensitivity of up to two orders of magnitude 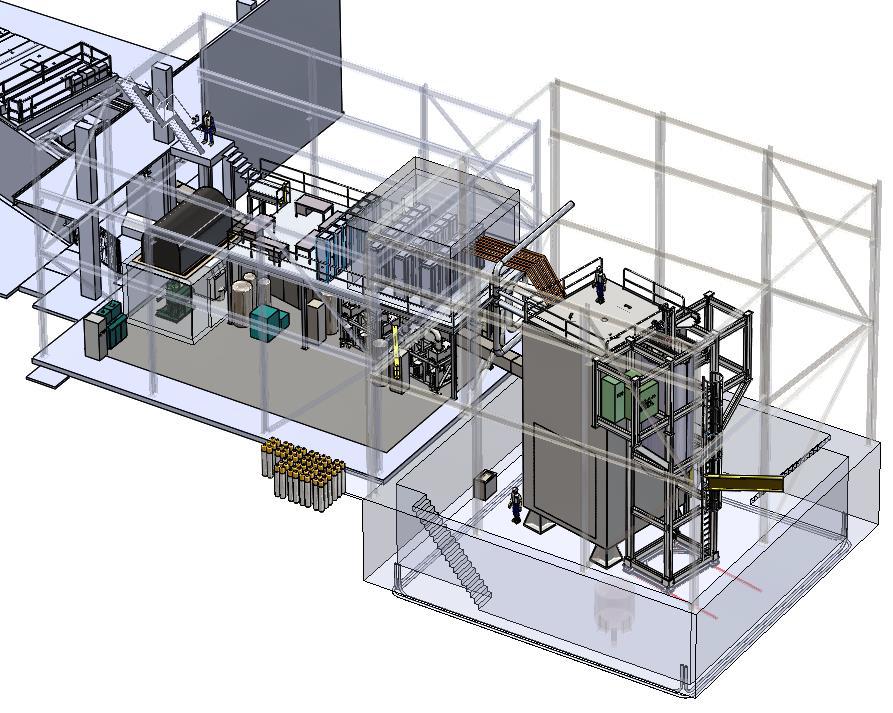 over existing measurements. A more precise value for this moment has the potential to challenge calculations that propose extensions to the Standard Model. During the past year,researchers at TUNL have begun studying the geometric phase effect; continued to develop the slow controls epics system; worked with cryoengineers at the Spallation Neutron Source on designing a common 4He liquefaction facility; generated RFPs for both the dilution-refrigeration system and cryovessel; simulated the spin transport of polarized 3 He into the apparatus; simulated the transport of neutrons from the source to the nEDM measurement cells; and are developing an apparatus to study systematic effects using polarized 3 He and ultracold neutrons. 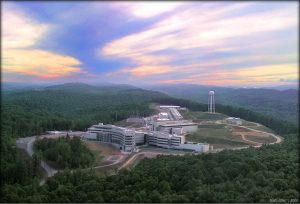 The construction of the polychromatic cold beamline at the Fundamental Neutron Physics Beam Line (FNPB) facility at the Spallation Neutron Source (SNS) at Oak Ridge National Laboratory is complete, and the neutron spectrum has been characterized. Final design and construction of the 0.89 nm monochromatic beamline is underway. 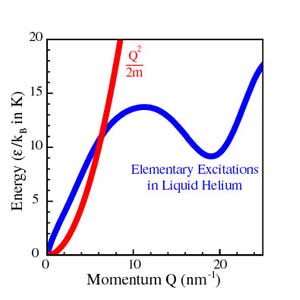 , K. Schelhammer, C. Huffer
We seek to substantially improve the measurement of the neutron beta-decay lifetime. Ultracold neutrons (UCN) are produced by scattering of a beam of cold (0.89 nm) neutrons in
superfluid4. Neutrons that scatter to energies below the trap potential are confined magnetically within the helium bath. The neutron beam is then turned off and the number of trapped neutrons which decay is recorded as a function of time. Decays are detected by observing the bursts of scintillation light produced when decay products recoil in the helium. The neutron lifetime is determined by measuring the scintillation rate as a function of time.

H. O. Back, L. Broussard, C. R. Cottrell, J. Hoagland, A. T. Holley, R. W. Pattie,Jr., A. R. Young, TUNL
The UCNA collaboration obtained an extensive data set during the 2008 run period at LANSCE, providing the basis for a determination of the β-asymmetry in neutron decay at the 1% level. Systematic corrections 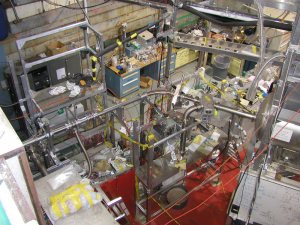 and uncertainties were a central focus for this run, so in addition to polarization and background measurements, three different geometries for the detector and decay trap foils were implemented in order to characterize scattering and energy loss systematic corrections. The UCNA collaboration also published a preliminary, 5% measurement of the β-asymmetry (at the 67% confidence level), the first measurement of β-decay angular correlations using ultracold neutrons (UCNs). Running is underway to improve available UCN densities in the decay trap and to further reduce the uncertainty in the β-asymmetry.